I am Kid Rock!

One day I overheard someone say, “That kid rocks.”  I took it as quite the compliment considering the artists which were usually hanging around.

I happen to be goofing around when I started singing Bawitdaba.  It started with Kurt trying to say, “But, wait a minute Dude!” and I heard Bawitdaba in a sleepy haze while waking up.

I was influenced by the song Hot Diggity (Dog Ziggity Boom) recorded by Perry Como.  My dad was a big Perry Como fan and his albums were usually around the house.

“up jump the boogy” was a reference to the INXS song “Jumping” off their self titled album released in 1980.

The mention of D.B. Cooper in the song was actually about a feud with the ultra Southern racist U.S. Senator Edward W. Carmack who was shot down in Nashville, TN in 1908, the same year my grandfather was born.

I wish all of you could know how cool it was to have Tommy Lee playing drums while I sang this song for a few that had gathered after we put the final touches on the song.

Another song I wrote which has connection to this one is “No Diggity” performed by the R&B group Blackstreet.

I wrote All Summer Long performed by Kid Rock and is my take on Def Leppard’s friends Lynyrd Skynyrd’s Sweet Home Alabama, which growing up in Alabama I was pretty sick of hearing so I thought I would write my own version.   In 1994 Nirvana started performing Sweet Home Alabama in concert and on MTV Unplugged expressed my sentiments about the song by performing a small portion.  When talking about the song I am the one who gave him the idea for someone in the audience to yell “Freebird”.  Yes, that was planned.

This did inspire the 2002 movie “Sweet Home Alabama”.  There is a coon dog cemetery in Tuscumbia, Alabama which is the hometown of Helen Keller and near Muscle Shoals, AL where Lynyrd Skynyrd recorded albums. 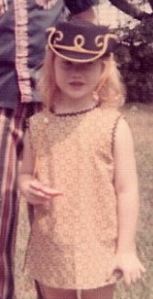 Another song is Cowboy I wrote performed by Kid Rock.  A connection to this song is the one I wrote for Nickelback titled “Rockstar”.