Like most Southerners, you could always find a bottle of chili peppers marinating in vinegar in our refrigerator ready at hand to sprinkle on what our hearts desired.  It was usually set out on the table after Mom cooked up a batch of turnip greens and even the occassional barbeque sandwiches.

Kurt Cobain had a habit of raiding the refrigerator whenever he would show up and had noticed the bottle.  We all watched in amusement as he removed the cap and touched his tongue to it.  His face turned immediately red.

Of course, Kurt also had to go through my record collection and there he found a rare rerelease of The Beatles St. Pepper’s Lonely Hearts Club Band album which a friend gave me Christmas 1978.  The musical film St. Peppers Lonely Heart’s Club Band was released in July of 1978 starring Peter Frampton, Aerosmith, Bee Gees, and many more.

Kurt and Joe knew of a band in California in need of a new name and the name “The Red Hot Chili Peppers” was suggested (1983).

Michael Hutchence suggested Kurt take me to see The Rocky Horror Picture Show one night at a local theater.  Hutch wanted me to see the movie because of one of the actresses was Aussie Nell Campbell.  The next thing I know, I am being dressed in a Dr. Frankenfurter costume and then pushed out onto the stage.  Just for fun I asked Tommy Lee for one of his socks.  I stuffed part of the sock into the front of the costume leaving part hanging out.  Everyone thought it was funny and Anthony Kiedis and Flea jumped up from the crowd and said they wanted to do that.  Not know what they had in mind, the world actually found out. 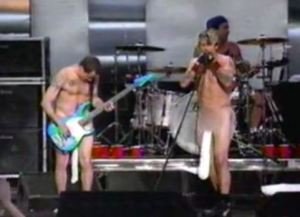 I also remember hearing Kurt say there is an Adam & The Ants song called Dirk Wears White Sox released in 1979.

If you will look at the cover art for RHCP “One Hot Minute” it looks like a redhead not a brunette sitting at a piano, doesn’t it? 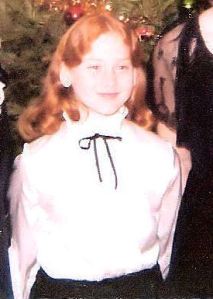