It may or may not be surprising to find out that both terms Kinderwhore and Riot Grrrl originated in conversations about my life between Kurt Cobain and myself.

Kurt came up with the band name Amy Carter and the idea for a zine “I [Heart] Amy Carter”.  The band members consisted of Tammy Rae, Kathleen Hanna, and Heidi Aborgast.

We were discussing former President Jimmy Carter who’s home state is Georgia, same as my adopted mother’s.  I told him Amy Lynn Carter and I shared not only a first name and middle initial, but we also both have red hair.  (origin for stagename Amy Lynn)

In 1991 Nirvana released the song On A Plain written in reference to President Jimmy Carter’s home town of Plains, Georgia. 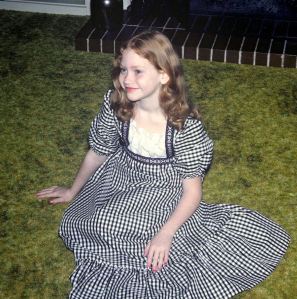 Interview with a Vampire Movie Origin

If you’ve got love in your sights
Watch out, Love bites
Yes it does
It will be hell” – Love Bites

In the summer of 1991 while on vacation at the beach I was introduced to the 1976 novel by New Orleans native Anne Rice titled “Interview with a Vampire” which came out in a reprint in 1990.  After reading only a couple of chapters we picked up and left the beach for an impromptu trip to New Orleans for a few days where I have family.  On the return to the beach, while nursing blisters from roaming the Quarter for hours on end, I finished the book.  In 1992, I purchased a new fourth edition and had it signed by Anne Rice which sits proudly on my bookshelf. 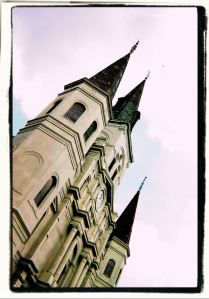 When Tom heard about it, the next time he showed up to see me I was made to wait while he dressed in a period costume he borrowed from the studios and made a big production of telling me he would be playing Lestat.

There is more to the story…