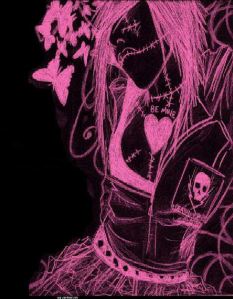 We listened to a lot of disco at the roller skating rink such as The Gap Band, Midnight Star, George Clinton & P-Funk, The Commodores, The Brothers Johnson, KC & The Sunshine Band, Richard Berry’s “Louis Louis” influenced many of the songs I wrote for my alter-egos.  These particular songs were also influenced by Joan Jett and Pat Benatar.

The 2000 album and song “Can’t Take Me Home” was from 1983 Joe Elliott released an article about Def Leppard in Goldmine which the headline read, “The Heavy Metal Band You Can Bring Home to Mother.”

You Make Me Sick:  Kurt Cobain and I watched a lot of movies together.  Sometimes Michael Hutchence would be there when INXS had some down time.  On one of these occasions we watched the 1981 British comedy Time Bandits by Monty Python’s Terry Gilliam.

Inspired by a conversation between the characters while sitting on the S.S. Titanic before it went down, Kevin said to Randell, “You make me sick!” 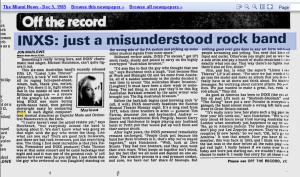 Don’t Let Me Get Me: The other artists could not seem to understand why I didn’t want to be famous.  Only thing hold me back was stage fright and the struggle with how I might be perceived by my grandfather, the preacher.  Not knowing what they actually had in mind for me, I figured they would have just thrown me out there as the next Tiffany or Debbie Gibson which wasn’t me or the image I really would have wanted to project.  It was an inner struggle which I projected in the song.  I make reference also in the song to Motley Crue’s Dr. Feelgood.

Just Like A Pill: The idea for the song and is influenced by overhearing things after Rick Allen, Def Leppard’s drummer, wrecked his car December 31, 1984 and lost an arm and their song “You Got Me Running” from the High ‘n’ Dry album.

Get This Party Started: There was only one influence on this song and it was Michael Jackson’s friend Diana Ross who released the song “I’m Coming Out” in 1980.

Family Portrait:  It was a self-portrait of my family and somewhat had been happening up until my parents divorced in ’83.  I didn’t want parents to stay together, though at times I still missed my brother and dad after they moved out.

Trouble:  This is just my take on the old saying, my middle name is trouble.  In the lyrics I make reference to Tom Cruise who starred in “The Firm” 1993.

God Is A DJ: Pretty much self-explanatory.  I always liked to make up inspirational songs to not only get people moving, but in life as well.

Stupid Girl: After meeting Hutch, knowing I didn’t want to be famous, he asked me what I wanted to be when I grew up.  At fifteen I didn’t have a clue, but Mom always told me I could be anything I wanted to be even the first female President.  This song was heavily influenced by watching some of the females that would hook themselves up with the male artist looking for help with their careers.

U + ur Hand: This was another version of a song I wrote when a kid.  The other was called Darling Nikki, named for Nikki Sixx of Motley Crue though it was not about him, and performed by Prince.  It was also inspired by Tom Cruise in the movie Cocktail.  “I’m not here for your entertainment” was a take on “Let Me Entertain You” a song from the musical Gypsy.   After I came up with the song Kurt Cobain wrote the song “Smells Like Teen Spirits” if that tells you how long ago this song was written. 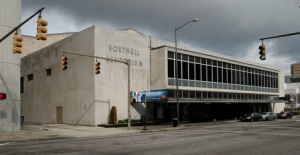 Funhouse:  I wrote this song sometime after 1989.  The officials had been talking about tearing the Auditorium down where we worked on most of the songs.  I asked them to make it part of the museum.  Of course, the lyrics were inspired by Def Leppard’s Pyromania album and the song Photograph.  I also had become fascinated with the Cirque du Soleil performances which influenced the song, as well as, advertising art & pinup art.

So What: This happen to be written after I was married.  I remember Alecia reading the lyrics and asking, “I’ve got to get married?”

Sober: I wrote this after “Call Me When Your Sober” performed by Evanescence and I make many references to Evanescence songs I wrote including “Broken”.

These are just a few I wanted to mention.