Man in a Box

I’m the man in the box
Buried in my ****
Won’t you come and save me, save me
Fear in my eyes, can you sew them shut?
Jesus Christ, deny your maker
He who tries, will be wasted
Fear in my eyes now you’ve sewn them shut

I’ve mentioned how Alan Parsons’ song Turn It Up inspired the ’98 movie City of Angels in my previous post.  Michael Jackson’s ’88 hit song Man in the Mirror and the music video for Turn It Up inspired me to write the ’91 hit song Man in a Box performed by  Seattle band Alice In Chains.  Again, the Def Leppard song Wasted is mentioned in the lyrics.

The title “Turn It Up” inspired the lyrics when I wrote Pon de Replay, the debut song for Rihanna.

Top Gun was not the only movie that started being developed in ’83, but so was the ’93 movie The Firm.  I know, everyone believes it was a book published in ’91 by the Southern author John Grisham first and then was turned into a movie.   (Does anyone know bandmembers who say they are from Arkansas like Grisham? Evanescence sound familiar?)

Tom Cruise dropped his surname Mapother once he became a professional actor.  As some might not know, artists keep their press clippings.

Some articles about a “credit attorney” from the Louisville, Kentucky firm Mapother & Mapother in a trial taking place in Washington (Kurt Cobain mentioned reading about it) kept popping up while searching for Mapother.  I even remember Tom saying he was related to them.  This may or may not be true.

The title to the book and film came from lyrics in Billy Squier’s song The Stroke, “You put your right hand out give a firm hand-shake”

Once the book/movie started taking shape I wrote the song Shakin’ Hands for my pet project Nickelback.

What inspired the lyrics happened to be when I met Michael Hutchence and INXS they told me Australia was called “Oz” for short.  I had also seen Michael Jackson as the Scarecrow in the ’78 film The Wiz.  It was about someone, but it was a man/artist and none I have mentioned in this particular post.  Actually, I take that back.  I watched and listened to how Joe Elliott of Def Leppard and others treated women which appalled me.  Some of the lyrics in my songs sound sexist, but it was actually me throwing their actions and even words back in their faces.

I became pretty good at reversing sexes in songs too, except for one song I wrote for one of my alter ego’s, Rihanna, and they left the mistake in when she recorded it.  The song was S.O.S. 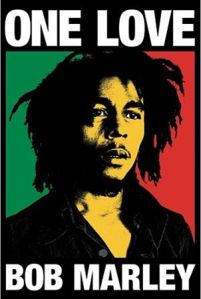 Rihanna was given the name for one of my favorite Stevie Nick’s song Rhiannon.  When writing for Rihanna I was listening to a lot of Bob Marley/Reggae at the time and was also inspired by early ’80s INXS New Wave/Ska sound.

You may be asking yourself why I referred to Rihanna as my alter ego.  I considered all the artists I wrote for, except the established artists, my alter egos.  All of the songs were written and perfected well before the artist who performed them was found or discovered.  Some where even groom, such as Christina Aguilera and Britney Spears.  The artists and the songs were all very much a personality and you will even find my strange sense of humor in some.